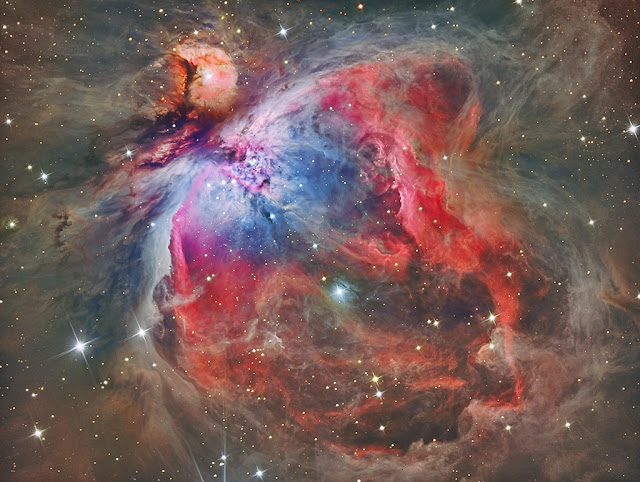 We are going to talk a lot about the Orion Empire in these papers, because it has had such an enormous influence on humanity from our cradle up to adolescence, which is where we are now. The extraterrestrial societies of Orion are in honor of the Mother Goddess, and have known for a long time that the Universe is feminine in nature.

Their opponents is the Patriarchal Regime, which is led by the Lords from Sirius, and unfortunately, we humans here on Earth have been caught in the middle of this ancient struggle between matriarchs and patriarchs. These papers are meant to, and hopefully will, shed some light on this issue and present some suggestions to resolve it, perhaps once and for all. It may sound very ambitious, but maybe the soulution is simpler than we think, if we all work together.


The Orion Empire is a Matriarchal Society, where everything centers on a Queen, who is said to be the multidimensional representative of the Mother Goddess, but it is not a Matriarchal Regime from how I have had it described, because it does not exclude the male from the picture.

It is clearly understood by all races who subscribe to the religion of the Orion Empire that the Universe is feminine and that males and females work together to achieve their goals to assist the Goddess in her creation. Males and females live in harmony and just have different roles. However, there have been a few races who have not succeeded in understanding the synthesis which is the natural result between the thesis and the anti-thesis of female and male, and jealousy amongst the males have been prominent and led to conflicts also in Orion at times.

Orion, I've been told by an anonymous source, is more like a 'bee hive community', where everyone is learning their place in life, and each person is supported by the rest to develop the skills and the passions that a person wishes to enhance in order to contribute to the overall society. Because the Orions are so closely connected to Mother Goddess, there are very rarely any conflicts within the Empire.