The Timeline We Are Building. Sworn Declaration. Rough Draft. 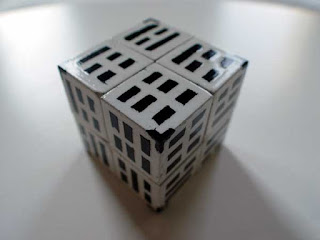 Laws and Points for the Future of Earth.


We ask all subterranean, ultra-terrestrial and star nations to assist in enforcing the following declaration:

This is the timeline we want to build.


1. We want action oriented alternative media to be centre stage in our timeline.

The so called liberation media are encouraging passivity by rarely issuing calls to action. In fact, the entire subtext of their writing appears to be "sit back, relax, and wait for freedom to come." This is not explicitly stated, but the implication is there. This has been going on for over 3 years now. Much longer in other cases.

We want passive/sedated oriented media to fade from this timeline.

What does action mean?

i) Focusing on NOW instead of waiting for AFTER a mythical event.
ii) Food, water and humanitarian aid is a priority not a quaint hobby.
iii) Focus on grassroots, base up transition models instead of top down change.
iv) Clear, executable plans.
v) No hidden links to nefarious agencies or civilizations.
vi) Focus on helping readers and listeners make their own links with non surface civilizations, instead of promoting "celeb whistleblowers."
vii) As much information as possible should provide a clear call to action.
viii) No more distraction about the greater human collective.


2. We want Microfinance to be the dominant economic force on Earth in our timeline.

Microfinance or macrofinance? People are busy crowdfunding their own destiny with microfinance, but corrupt alternative media leaders are telling their followers to sit back, relax, and wait for BRICS and the AIIB to open. Why are they encouraging this economic passivity? When will these banks open? "Soon". There is significant evidence that BRICS and the AIIB are less than trustworthy:


3. We want all fake financial and controlling military groups to be outed, sidelined, and removed from the timeline.

- Any group providing audio only "updates"without transcribing to text,
- Any group not being more transparent about their accounts,
- Any group employing anyone accused of embezzling or other crimes,

Is now assumed to be acting in bad faith.

We want all media promoting the AIIB, BRICS and other fake disbursal groups to be outed, removed, and to dissolve from this timeline.

We want all governments, entities and individuals promoting centralized banking dictatorship to be removed immediately, using any means or force necessary. We intend that the timeline forks infinitely, and they are sidelined from this existence.

We want all groups that use chemtrails, invasive surveillance technology, poisoned food, hidden nanotech, implants and any other related totalitarian technology to be sidelined from this timeline by any means necessary.

Additions from I AM Love and Daozen:

* Those who use AI surveillance techniques for any purpose, without and/or against the free-will consent of any individuals or groups, are to be removed from this timeline.

* The ability to direct mind control techniques at ANYONE will be removed immediately and permanently.

* Any entity, group or individual who knowingly diminishes, distracts or obfuscates the impact of ecological & humanitarian crisis on our home Gaia, such as deforestation, radiation, water, aetheric and air pollution, is to be removed from this timeline.

* Any individual downplaying the significance of CERN or other AI intelligence agendas such as HAARP is to be removed from this timeline.

* Any individual or group who attempts to (or succeeds in) imposing upon any living creature's Divine Right to sovereignty is to be removed. CAVEAT: Where does that leave anyone who eats meat or drives a car? We leave this to the discretion of the liberation forces.


4. We want fake whistleblower leaders to be outed, sidelined and removed from the timeline.

All around, many people are learning how to exit their own bodies, OBE, bilocate, and explore infinity using nano-travel techniques, but the fake alt media are telling their followers to sit back, and passively read the latest data-mined story from fake whistleblowers. All whistleblower leaders with hidden links to intelligence agencies and the cabal should be removed from this timeline.

​5. Anyone who dishonestly monetizes the name of Agartha, the Pleiades, The Freedom Alliance and other star systems should be removed from the timeline we are building.

We support small business, but we do not support the monetization of the good name of the Agartha Network, The Pleaides, Arcturus, Sirius, Andromeda, Orion, Procyon and other subterranean/star networks simply for the purposes of drawing investment from well meaning investors, and fattening personal bank accounts.

We ask the Agartha Network to pay special attention to any groups, individuals or enterprises attempting to monetize star nation names for their own cynical purposes, and to expose, remove and sideline any groups looking to make money on people's confusion and hope. Hope is not a commodity to be preyed on. We ask that all investment manipulators are exposed and removed from this timeline.


6. We don't consent to sharing a timeline with people who lie about the extent of their contact with the liberation forces.

We ask that any group, individual or entity pretending to have close contact with the liberation forces, or claiming a royal or military position that they don't have, be removed from the timeline.

We ask that any group lying about their status, or giving themselves airs and graces, or false honorifics, be removed from the timeline we are building. We also ask that backstabbers and manipulators be removed from our timeline.

8. Sedation/distraction Media should be removed from the timeline we are building.

Any media attempting to sedate or distract people with nefarious or unclear promises they can't keep, should be sidelined from this timeline.

All around us, there is a Renaissance waiting to happen, but a small group of readers in a corner of the blogosphere are being taught to sit back and "wait for freedom". In no way are they being encouraged to forge their own destiny.

In all my years of training with subterraneans, and underground contactees, I was told to relax, slow down, reorient, recuperate, but I was never told to sit back and "wait". The time is NOW, not SOON.

Reality is something that occurs from the "inside out", it is a co-creative act that comes from the inner realms, instead of from the outside in. We live inside a collaborative hologram.

In the words of one anonymous contributor:

"People are also waiting for reality to happen ''to'' them, as in an external ''event'' rather than creating from within .. from their co-creative powers of visualization into manifestation."

What would happen if Médecins Sans Frontières waited til "after"?

We do not consent to a "Matrix Positive" i.e. "Happy Global Government" timeline. May that timeline be dissolved and removed.


We do not consent to sharing a timeline with demagogues who promote multiple dead end projects.

We do not consent to sharing a timeline with backstabbers and unctuous politickers.

It is your free will to try and manipulate people, it is our free will to appeal to the Agartha Network and ALL the networks interacting with us, to forcibly clear the timeline of manipulators.

We declare under penalty of perjury that the foregoing is a true and correct expression of our will. Executed on 31st August 2015. 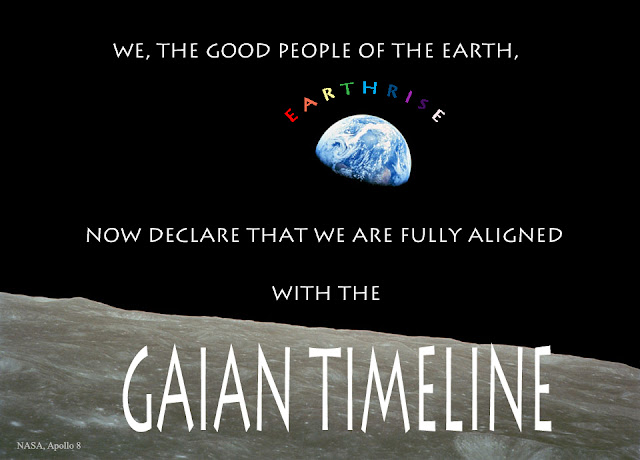 A Letter of Intent from Beverly Pennel;

Side-stepping the gazillion distractions for a moment, and focusing on the change in the world we wish to see, let's begin setting and spreading intentions for the world we WANT to see...starting here on my wall...and then making it spread on every Facebook wall, page and group by asking people to tell YOU what they envision for our world. Let's feed and SEED the worldwide web with our positive intentions by putting them into words. It doesn't have to be long; short and sweet works. The more people we can get to say and "intend" what they want to see changed via electronic words, the faster we can manifest everything we want for Mother Earth.