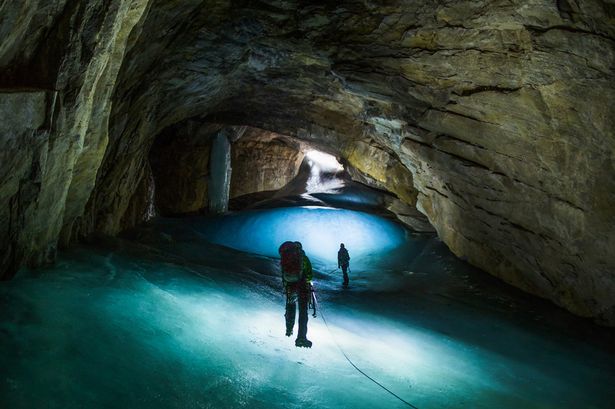 And best of all, they NEVER melt.

The Booming Ice Chasm is a whopping 460ft deep and lies beneath the Sentry Mountain in the Rockies, Canada.

Inside, crystal clear blue sheets of ice line the chasm - some of which are several metres thick.

Their appearance has been compared to giant blue tongues, sliding into the abyss below.

The slides were formed when rainwater and snow trickled down into the cave's entrance before freezing solid."