Thanks to Kate for finding this. Humans are endlessly inventive, and we can overcome any problem if we set our minds to it.

Millions of homes use Kerosene for lighting, even in 2015:

"Families not connected to grid electricity in Africa spend some USD 10 billion every year on kerosene to light up their homes."

I have some concerns about the bleach. I think we should be using Iodine, Citric Acid or something else to keep the water pure, but the basic idea is there:

According to his BBC interview, it was his boss that suggested using a plastic bottle filled with water as a lens to focus the sun’s rays. Mr. Moser then used the concept to create his inventive light.
“It’s a divine light. God gave the sun to everyone, and light is for everyone. Whoever wants it saves money. You can’t get an electric shock from it, and it doesn’t cost a penny.” Alfredo said. 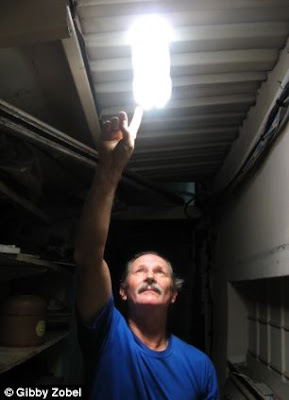